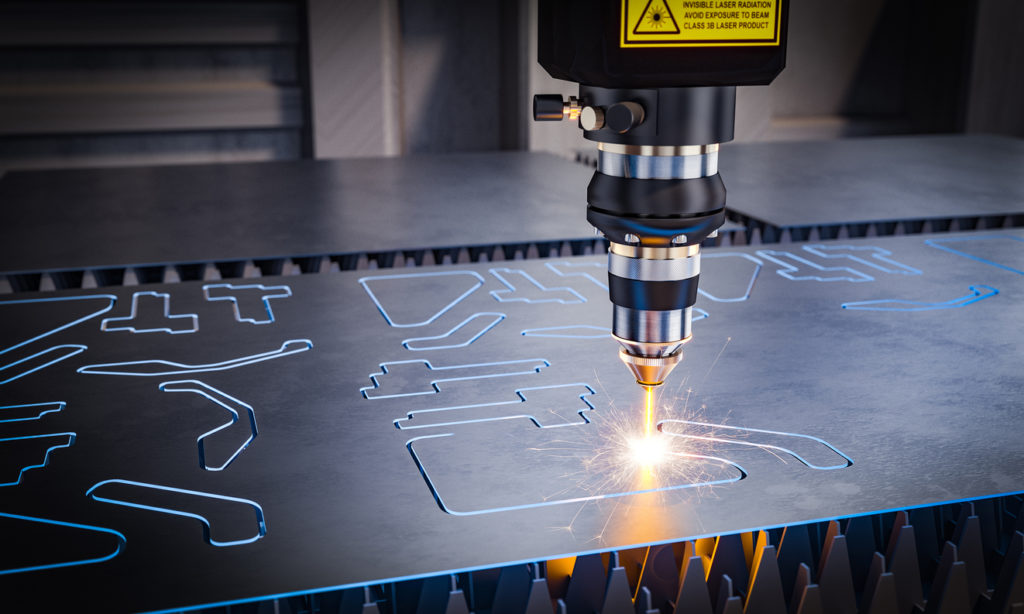 As an experienced provider of laser cutting services in Portland, our team at APIAMS have experienced firsthand the exceptional technological advances that have occurred in the manufacturing industry. With the recent addition of the Bysmart Laser to our inventory of advanced machining and manufacturing equipment, our capacity to meet our customer’s needs continues to grow.

To mark the beginning of a new era of production, let’s take a look back at the history of laser cutting in manufacturing.

In today’s world of advanced technology, you can find lasers used in a wide variety of applications that range from medical procedures to scanning barcodes while checking out at the grocery store. However, in the 1960s, the first working laser didn’t have a planned purpose. Researchers developed the ability to produce an intense, narrow beam of light from a single source because they believed that the application would eventually have some type of utility.

The first laser used to actually cut a material was developed in 1965 by Western Electric to drill holes in diamond dies.

In that same year, the first experiments into gas assisted laser cutting occurred. They were the brainchild of Peter Houldcroft, the Deputy Scientific Director at The Welding Institute in Cambridge. These tests utilized a 300-watt CO2 gas laser at the Services Electronic Research Laboratory in Harlow. The laser was originally to be used for military applications but researchers were also considering potential manufacturing applications as well. Cuts were made using oxygen assisted gas in stainless and high carbon tool steel with a thickness of up to 2.5mm and speeds of 1 meter per minute.

By the end of the decade, gas laser cutting was being used to cut through metal. The power of laser technology was also beginning to enter the public consciousness, as the famous scene in the James Bond movie Goldfinger would attest.

A Stall in Future Development

It would take nearly two decades of further research before significant advances would be made in the development of fiber lasers. In fact, the first commercial devices appeared on the market in the last 1980s. They are now used for a variety of applications, including welding, cutting, and as sensors. The level of precision possible when adjusting beam intensity, duration and heat output made fiber lasers the ideal tool for manufacturers to adopt.

Fiber lasers emerged into the commercial laser cutting space in 2009. In 2007, the Italian technology company Salvagnini began heavily investing in the development of fiber lasers that could cut sheet metal. In 2008, the company introduced the L1Xe fiber laser that was capable of cutting steel up to 18mm thick. The company then shipped its first model in 2009.

In just 60 years, laser cutting technology has made enormous leaps and continues its advancement with fiber lasers now capable of cutting through steel 100mm thick. Additionally, recent advances have made office and home laser cutting machines more affordable and available to small businesses and hobbyists.