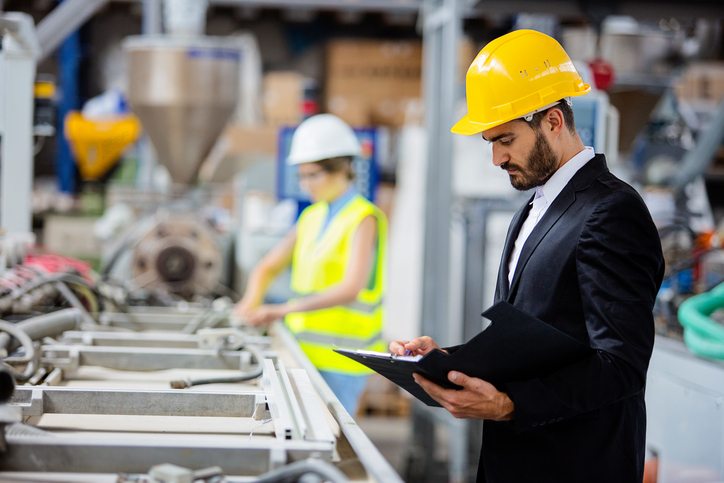 If you ask most people in manufacturing to name the birthplace of quality management, they’ll probably mention the Toyota Production system, widely accepted as the foundation of lean manufacturing practices.

The Beginning of Quality Management

While we often think of manufacturing in a modern sense, the roots of quality management actually extend back to the guild system of medieval times. In a sliding scale from apprentice to master craftsman, the better the quality of goods and service the higher an individual’s status. Simply getting a product produced by a master craftsman was supposed to indicate that it was crafted at the highest quality.

If we jump ahead to the industrial revolution, we find that the focus on quality evolved to involve factory inspections and the removal of defective goods. A reputation for creating quality products was no longer enough as now consumers began to demand more.

This change in principle gave way to the 1911 printing of mechanical engineer Frederick Winslow Taylor’s The Principles of Scientific Management. Taylor was one of the first individuals to begin systematically studying manufacturing efficiency.

By 1924, Walter Shewhart, and engineer with Western Electric, suggested the use of a system that would allow for a statistical representation of quality control. Entering into the picture around the same time was W. Edwards Deming, considered to be the father of quality management by many. Deming was able to successfully apply Shewhart’s methods to World War II manufacturing by using the statistical process to help the military increase their inspection process without sacrificing quality control or safety.

However, once the war in Europe was over, many American manufacturers began to abandon the principles behind statistical quality control, which greatly frustrated Deming. Fortunately for the history of manufacturing, Deming found a receptive audience for the process in Japan.

Post-war, Japan was in ruins and badly needed a way to restart its economy. Rather than seek a quick a solution, Japan’s leaders decided to focus on quality, and invited Americans like Deming to the country to share their knowledge.

Deming was a huge advocate for Shewhart’s ideas, and began to develop a system he referred to as the Shewhart cycle of plan-do-study that would eventually become the backbone of the plan-do-check-act cycle used today.

Thanks of the efforts of Deming and others, Japan’s focus on quality control allowed businesses to begin creating higher quality products as lower prices. Over the following decades, manufacturers continued to refine quality management principles to not just cover inspection, but to also include strategies that involved people and processes.

Throughout the 50s and 60s, Japan became renown for producing high-quality, affordable goods. The Toyota Production System was developing during this time, with a focus on eliminating waste and minimizing inventory. This advancement represents one of the earliest examples of the Quality Management System principles used today.

By the 70s, Japan was outpacing the U.S. in the fields of electronics and automobiles manufacturing. While many experts in the field had predicted such a shift would occur, this change in dynamics took many businesses by surprise.

The majority of American businesses simply believed that Japan’s rise in manufacturing was simply due to the low price of goods produced in the country. A consumers continued to purchase goods made in Japan, U.S. businesses began to lose a significant share of the market. This resulted in strategies to limit imports and to cost-cutting at home. Unsurprisingly, these strategies of prevention and obstruction did nothing to actually improve the quality of goods being produced in the U.S.

The U.S. economy suffering due to an inability to compete with Japan, many corporations in the country finally began re-envision their commitment to quality management. Thus Total Quality Management was born, creating an atmosphere where operational and quality strategies would thrive in the U.S.

The first official version of ISO 9000 was published in 1987, thereby beginning its slow but steady adoption by U.S. companies.

Manufacturing has come a long way over the last 300 hundred years. But we still have so much further to go. No matter which direction quality management strategies begin to move, you can feel assured knowing that at our machine shop in Hillsboro, API will always remain on the cutting edge.